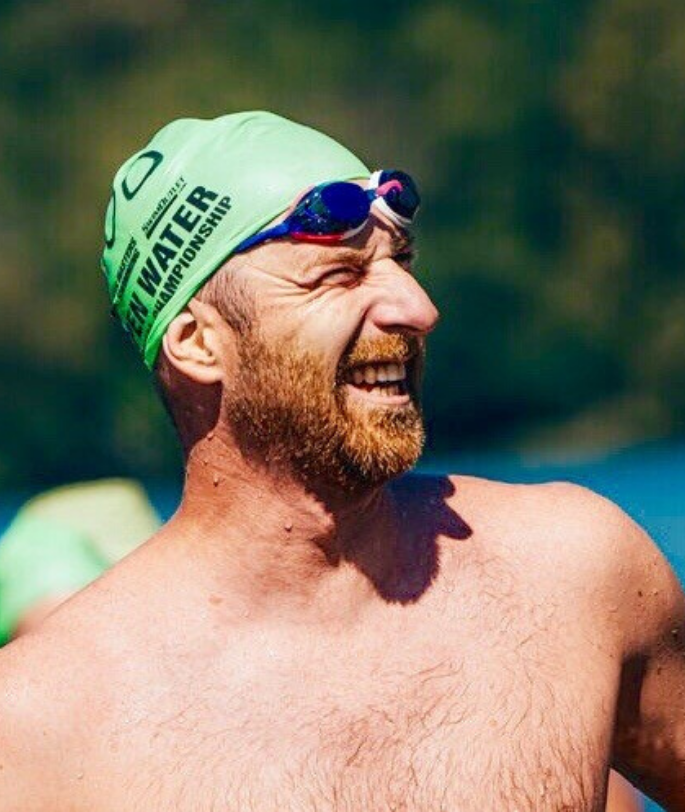 Mike started his sports journey as a competitive swimmer at at 9 in Toronto, Canada, and went on to pursue swimming as his sport through college in the US. In 2011 he landed in Louisville, KY with his wife, and like many, was peer-pressured into trying a 70.3 distance triathlon. Mike is a multi-time fisher at the 70.3 distance, sprint & olympic distance, multiple half-marathons and a full 26.2. But his true love is swimming. He is also owner of a swim school school for distance swimmers and triathletes in Louisville (Swim Smooth Louisville) “One of my most memorable moments was having the privilege to be being the official starter for Louisville in 2019 seeing so many of our students’ faces, being able to give them one last high-five or fist-bump before their first big-time triathlon was a huge honor.”  In 2020 Mike and four other endurance athletes will attempt a relay crossing of the English Channel, securing their recognition as the first all-Kentucky English Channel relay team.

Back to Team Page